Smart phones, especially those powered by android, have become very common nowadays. Both young children and adults have access to smart phones for various uses. The internet is the source of a wide variety of information, and it also connects people in different locations around the globe. However, connecting your phone to the internet could lead to malware getting into its system. This will consequently cause your android phone or tablet to run slower than usual. Additionally, if malware is left unattended, you could lose relevant data from your phone or tablet. Cyber criminals can also have access to your data and subsequently use it to commit identity theft and fraud.

Signs of Malware on an Android Device/Phone

There are several signs to look out for to know whether your android phone or tablet is infected with malware or not. These signs include:

The best way to check if the phone is infected is by running an antivirus scan. There are a significant number of antiviruses available today. Some are for free, while others need some payment. It is advisable to consider the most comprehensive antivirus that is suitable for your device.

Carry out some research to ensure that the software you settle for scans your device entirely and does not ignore any vulnerability. An incomplete scan gives a false sense of security, while in the real sense, your phone or tablet could be vulnerable to malware attacks.

How to Remove Malware from your Android Device

Once the antivirus scan is complete, and it indicates that your device is infected, some steps should be taken to prevent further damage. These steps include:

Protecting your Android Device against Malware

Removing malware from your android phone or tablet is not the end. You are also required to take some steps that will prevent future attacks on your device. Some of these steps include;

Let us know what you think below!

More From: How To 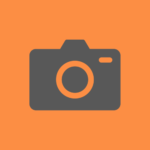 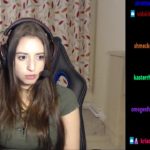